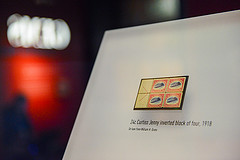 Join Mystic and its family of collectors in congratulating the National Postal Museum on the first anniversary of the William H. Gross Gallery. The hard work of the gallery’s generous benefactors, talented staff and dedicated volunteers has resulted in a national treasure without parallel. It has also built a solid foundation for the future, promising more remarkable successes in the years to come.

A Year of Achievements…
Since its Grand Opening on September 22, 2013, thousands of guests have enjoyed the activities, tours and programs held in the William H. Gross Gallery. Moving through six distinct areas of the 12,000 square foot gallery, visitors have thrilled to displays, interactive exhibits, pullout frames containing over 20,000 items and much more.

The response has been enormous, and the National Postal Museum experienced dramatic growth as a result. The website tripadvisor.com ranked the museum #28 out of 253 attractions in our nation’s capital. The number of visitors increased by double digits, the NPM website traffic grew by 63% and the museum’s social media boomed. 85% of guests reported they would return for another visit. 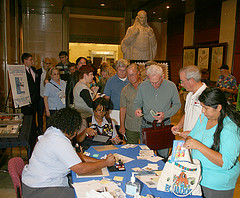 Perhaps the highest tribute came from non-collectors, with 27% of them saying their visit to the gallery had inspired them to begin a stamp collection.

… And a Bright Future
The team at the Gross Gallery aren’t resting on their laurels, though. Instead, they’re working on a new exhibit showing the black American experience from the Civil War to the Civil Rights movement. A story time for younger children and a teacher workshop are also planned. 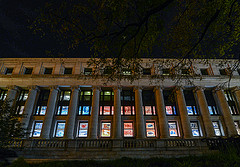 These achievements benefit all stamp collectors. The National Postal Museum preserves our country’s stamp treasures, introduces the joys of collecting to new generations and provides invaluable services to those of us who love the hobby. So again – congratulations to the staff and sponsors of the National Postal Museum’s Gross Gallery on a fantastic first year, and best of luck for the future.