This Day In History › Farley’s Follies

On March 15, 1935, the US Post Office reissued 20 stamps known as “Farley’s Special Printings,” which were the result of the biggest stamp scandal of the time – “Farley’s Follies.”

James A. Farley (1888-1976) got his start in politics in 1911 as town clerk of Grassy Point, New York. He moved his way through the political system, forming the Upstate New York Democratic Organization and bringing many upstate voters to the Democratic Party.

In 1924, he met young Franklin Roosevelt at the Democratic National Convention. Four years later, FDR asked Farley to run his campaign for New York governor. Farley helped FDR win the elections for governor in 1928 and 1930. A driving force in the US political system, Farley helped FDR win the 1932 and 1936 presidential elections. Roosevelt made Farley his Postmaster General. Farley was pivotal in turning around the US Post Office Department. He helped the department finally turn a profit and revolutionized airmail service.

This story of Farley’s Follies begins with the issue of the 1933 Newburgh Peace commemorative, Scott #727. Farley removed several first-run sheets of #727 from the printing presses before they were gummed or perforated, and autographed them. He gave these stamps to President Franklin Roosevelt, Interior Secretary Harold Ickes, the President’s secretary Louis Howe, various Post Office Department officials, and each of his children.

These ungummed and imperforate stamps were not available to the public – Farley was creating precious philatelic rarities and distributing them to his boss and friends. Needless to say, the philatelic community was outraged. However, when a New York City stamp dealer declared he had a sheet of 200 ungummed, imperforate Mother’s Day stamps signed by the Postmaster General for sale, and that he had insured them for $20,000.00, the general public was upset as well. It was estimated that 160 of Farley’s special sheets had been distributed… at $20,000.00 a sheet that meant a total value of $3,200,000.00!

A recall was suggested but deemed impossible. Finally, the Post Office came up with a solution – the reissue in sheet form of all the stamps issued since March 4, 1933, in ungummed condition, all but the first two imperforate and in sufficient numbers to satisfy public demand! These new stamps were issued on March 15, 1935.

“Farley’s Follies” were issued in large sheets that are way too big to fit in stamp albums. So many collectors snapped up blocks and pairs in a variety of formats instead. They not only fit, but these key formats are an easy way to understand the stamp printing process.

Mystic purchased full sheets of these mint stamps and made them available in scarce formats like vertical, horizontal and gutter pairs plus arrow blocks, line pairs, and cross gutter blocks. All are hard to find – some occur only once in every stamp sheet. It’s a neat way to own a scandalous slice of US postal history. You can find these formats by clicking on the individual stamps in this article and at the link below.

And as for Farley? Farley and FDR had a falling out over Roosevelt’s plan to run for a third term, but Farley remained a strong force in the political and business worlds. He went on to serve as Chairman of the Board of the Coca-Cola Export Corporation and served as a trusted advisor to several Popes, dignitaries, and Presidents until his death in 1976.

Click here to see the rest of the Farley’s Follies stamps (including scarce formats) as well as more convenient, money-saving sets. 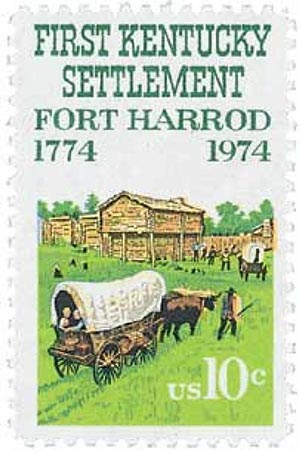 On June 16, 1774, James Harrod led 31 men in the founding of the first permanent settlement in Kentucky. Over time the settlement was named Fort Harrod, Harrodstown, and finally Harrodsburg, in his honor. 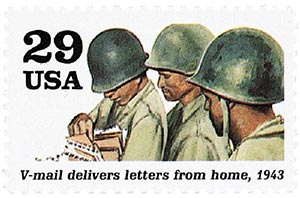 On June 15, 1942, the Post Office Department inaugurated its V-Mail service.  During World War II, letters bound for service personnel were photographed and transferred to microfilm.  This special process enabled letters to take up a fraction of their usual space on planes going to war zones, allowing more room for crucial supplies. 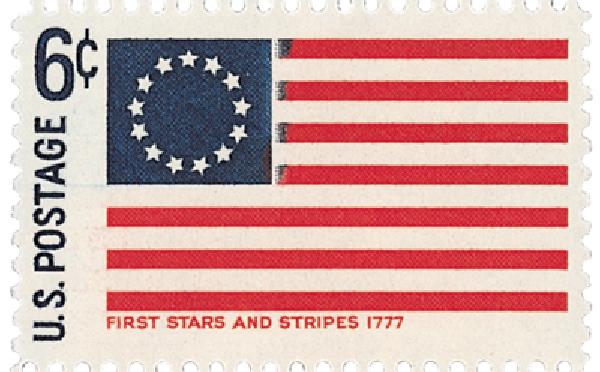 On June 14, 1777, Continental Congress adopted the Stars and Stripes as the flag of the United States.  Over time, this date became known as Flag Day, with it becoming an official national event in 1949. 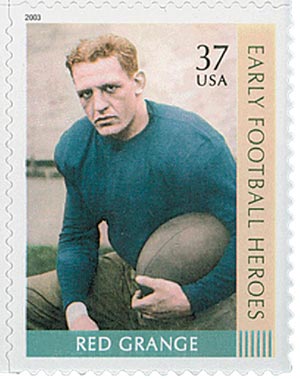 Howard Edward “Red” Grange was born on June 13, 1903, in Forksville, Pennsylvania. Considered one of football’s greatest running backs and one of the best college football players of all time, he was a three-time All-American and two-time NFL champion.