This Day In History › Birth of Samuel Gompers

Gompers went to the Jewish Free School from the time he was six until just before his tenth birthday.  His parents removed him from school so he could apprentice with a cigar maker to help provide money for the family.  Gompers was able to continue his education through night school.

Gompers’ family eventually immigrated to the US in 1863, settling in Manhattan’s Lower East Side.  He spent much of his time helping his father make cigars and created a debate club with his friends.  When he was 14, Gompers joined the Cigar Makers Local Union No. 15.

In 1873, Gompers took a cigar-making job with David Hirsh & Company, which he described as a “high-class shop where only the most skilled workmen were employed.”  He considered taking this job to be one of the most important changes in his life.  While working there he met Karl Laurrell, the former secretary of the International Workingmen’s Association.  Laurrell encouraged Gompers to put his trust in trade unionism instead of the socialist political movement.

In 1875, Gompers was elected president of the Cigar Makers’ International Union Local 144.  Two years later, the union nearly collapsed due to a financial crisis.  Gompers helped to rebuild the Cigar Makers’ Union with a high dues structure and programs to provide out-of-work benefits, sick benefits, and death benefits for paying members.  He stated, “One of the main objects of the organization is the elevation of the lowest-paid worker to the standard of the highest…”  Gompers went on to serve as second vice president of the Cigar Makers’ International Union in 1886, and first vice president in 1896, a position he held until his death.

Gompers helped bring together unions with similar goals in 1881 when he helped found the Federation of Organized Trades and Labor Unions.  Five years later, the group was reorganized as the American Federation of Labor (AFL) and Gompers was made its president.  He was re-elected president of the AFL every year except for one between then and his death.  The group’s main goals were increasing workers’ wages, shortening the workday, and improving working conditions.

In the 1890s, Gompers worked to expand the organization internationally.  By the turn of the century, the AFL was a major force in Canada’s union movement.  Gompers strongly supported the war effort of World War I.  President Woodrow Wilson made him president of the Council of National Defense, for which he chaired the Labor Advisory Board.  After the war, he attended the Paris Peace Conference as an advisor on labor issues.

Gompers suffered from a number of health problems in his later years and died on December 13, 1924, in San Antonio, Texas.

3 responses to "Birth of Samuel Gompers "

3 thoughts on “Birth of Samuel Gompers ”

Aviator Elizabeth “Bessie” Coleman was born on January 26, 1892, in Atlanta, Texas.  The first female African American aviator, she achieved her dream of becoming a pilot during a time when most African Americans would not have even considered learning to fly.

On January 25, 1932, the US Post Office Department issued its first stamp honoring the Olympic Games.  Those games were the first to be held in the US. 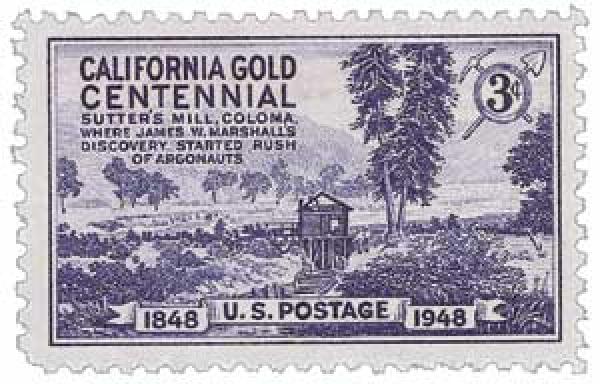